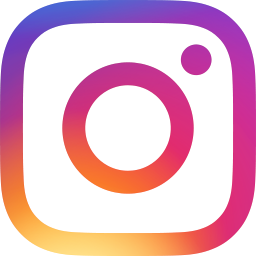 How to spend time in "MARU"

Besides sightseeing and dining attractions, you can also fully enjoy the history and culture of Kyoto here.

Flourishing as a downtown area since ancient times, Gion is also the face of modern Kyoto, changing flexibly with the times. Having a meal and enjoying a night out at one of the elegant restaurants and bars along the Shirakawa River can be said to be one of the pleasures of visiting Kyoto.

Well-known restaurants stand in a row along the stone pavement leading to Gion Kabuki Theater and Kenninji Temple. If you leave the main street crowded with many tourists and look through the narrow alleys, you may very well find a special shop just for you.

A restaurant area that stretches from Sanjo to Shijo. In summer, you can enjoy the cool breeze of Kyoto with sprinkled water and on the riverbed. There is also a well-established restaurant called “Ichigen-san Okotowari” that only accepts regular customers but nowadays, there are also more bars and Western-style restaurants where many tourists can enjoy their meals.

A canal running along Kiyamachi that was built by Suminokura Ryoi in the early Edo period. It is also famous as a stage for novels by Mori Ogai. In spring, 200 Yoshino cherry trees bloom in profusion along the riverbank, turning it into a favorite spot for many people after having a drink.

Yasaka Shrine is known as “Gion-san”. At the beginning of the year, the fire prevention and protection charms that worshippers bring back after lighting short pieces of cord from a special Okera-bi fire, the weeping cherry blossoms at Maruyama Park, and the Gion Festival are the seasonal hallmarks of Kyoto. It is also adjacent to Chionji Temple, head temple of the Jodo sect of Buddhism.

Founded by the priest Eisai as the Rinzai school of Zen Buddhism, Kenninji Temple is the oldest Zen temple in Japan, boasting a history of more than 800 years. It is also famous for a national treasure known as the “God of Wind and Thunder God Folding Screen” by Tawaraya Sotatsu. Presently, you can view a reproduction and copper plating of the work at Kenninji Temple.

An ancient temple of the Chisan sect of Shingon Buddhism, it is the 17th temple out of 33 in the Kinki area containing a statue of Avalokitesvara. It is famous for its collection of many splendid sculptures from the Heian and Kamakura periods, including a statue of the monk Kuya, who founded the temple in 963. Handwritten fortune telling is also popular here.

From the "Kiyomizu no Butai", you can enjoy a panoramic view of the city, taking in the beauty of Kyoto throughout the year, from cherry blossoms in spring to fall colors in autumn. There are also many highlights such as the Otowa Waterfall and a three-storied pagoda on the grounds of the temple, and local products such as Kiyomizu wares etc. are also on sale along the road leading to the temple.

“Exceptionnal” head temple of Zen Buddhism. Feel the grandeur of its solemn history in the frigid air. In addition to the main temple gate and garden, you can also view the German-style buildings and the aqueduct of the Lake Biwa Canal. There are also restaurants famous for their boiled tofu along the approach to the temple.

The Kyoto Imperial Palace is where successive emperors conducted ceremonies and presided over public affairs from the 14th century to the 2nd year of the Meiji era. Being open to the public all year-round, it is visited by many people, and also serves as the starting point of the Aoi Matsuri Festival and the ending point of the Jidai Matsuri Festival.

In addition to a collection of many modern Japanese works of art, visitors can also enjoy the beauty of the museum itself. Access to sightseeing spots such as the Kyoto Municipal Museum of Art, Heian Jingu Shrine and Lake Biwa is also easy.

Built to commemorate the 1100th year of the relocation of the capital to Heian city, Heian Jingu Shrine is a restoration of a building in ancient Kyoto. Located on a site measuring about 20,000 tsubo (approximately 66,000 square meters), it is also popular as a wedding hall. The large torii gate towering over the approach to the shrine is stunning.